CuriousBytes: Apple is reported to acquire Music recognition app Shazam for a whopping sum of $400 Million. Here is why Apple is spending its money on a Music app. Check out full details.

Apple is constantly working to improve the user experience across its roster of products and services. The company under the leadership of Tim Cook is focussing more on improving its services rather than adding innovation to its products. The iPhone 8 looks more like its predecessor iPhone 7, except in embracing VR and AR technology.

The digital music streaming industry is dominated by Spotify leaving all the other major competitors far behind it. Apple is infusing its own ideas to top the list with its own Apple Music Service. Google started pushing its Music service, Play Music with different subscription models.

Why is Apple Acquiring Shazam?

Over the past couple of years Google Play Music, the pre-installed native music app of almost all the Android devices has been featured with plenty of new features. Apart from the standalone app, Google offers the music discovery service of its own on its web search platform and Mobile platforms like Google Now and Google search for mobile. According to some reports, Youtube might launch a new premium music streaming service in March 2018

Google Now has intelligently evolved ever since its launch and is now able to guess the music by hearing. It can identify the song it hears through the device microphone and offers the particular music file. Whereas Apple’s Siri isn’t much evolved on this front. As per our analysis, in order to fill this gap, Apple might be acquiring Shazam.

Why Shazam and Not others?

Ever since its launch back in 1999, Shazam has grown into a powerful tool to identify any song, TV show, film or advert in seconds, by listening to an audio clip or (in the case of, say, an ad) a visual clip, and then navigates you to content relevant to that search. It has become the Google of Music.

So this would help Apple to improve the abilities of Siri and make it way better than its arch-rival Google Now in the personal assistant space. It could even take on Google Now with the integration of Shazam.

Recommended:  Everything you need to know about iPhone 7 and iPhone 7 plus.

Talking about the numbers, the Shazam app is available as both free and premium service across all the leading mobile platforms. With over 1 Billion downloads the app is one of the most popular music apps in the industry.

According to TechCrunch, Apple is about to swipe $400 Million for the music service. The deal may be signed this week and will be announced on Monday, although that could always change. The price that Apple is offering is very low when compared to the Shazam’s valuation of $1.02 Billion in its last funding round, in 2015.

It generates income by sending traffic to other music apps like Spotify and Apple Music, which pays it when those clicks convert to purchases.  Shazam reportedly made £40.3 million ($54 million) in revenues in its 2016 fiscal year.

Apple’s acquisition of Shazam could really boost Apple’s place in the world of Digital Music and streaming services. Let’s see how Apple will turn the investment to be profitable.

Do you think Apple will benefit from the acquisition? or Do you feel Shazam was undervalued? Shootout your opinions in the comments below. 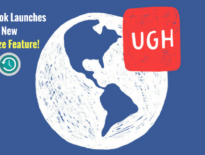 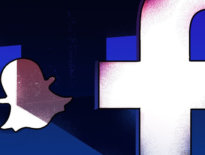