CuriousBytes: The following listicle is all about the Best Android Launchers for 2017. It gives a detailed summary of the most loved Android launchers on Google Play Store. This list is finalized based on various parameters like Performance, Elegance, and Customisation options.

Android is one of the robust and user-friendly Operating System, and there is no exaggeration in saying so. The big win for Android over its rival mobile operating systems is its open nature, flexibility and unique customisation options that offer a complete cosmetic makeover to the look and feel of the device user experience.

Unlike Apple’s iOS, Android OS can be customised according to the taste of the user. Thanks to the many Launchers and themes available on Google Play Store, that made these customizations unique and elegant.

CM Launcher 3D has topped the list of best Android Launcher apps of 2017. It is the choice of more than 100 million Android users. Are you wondering why it is? It is because CM Launcher 3D offers great diversity in customising your Android smartphone in countless ways with its plethora of themes and artistic wallpapers.

CM launcher’s beautiful and lag-free 3D effects have helped the app to become the highest rated app in its category.

CM launcher also offers a paid version which eliminates the ads and unlocks some premium features.

Go Launcher Z is the next best customisation app for Android. Because of its enormous collection of 10,000 themes to customise, Go Launcher has been downloaded by 100 Million Android users. You will never be bored again to look at your smartphone as you can change the theme regularly from time to time. Thanks to the huge collection of themes that were made available by GOMO Team, the developers of the Go Launcher that designed it to be best launcher app for Android.

Recommended:  List Of Motorola Smartphones That Will Get Latest Android 8.0 Oreo Update?

The list features that make APUS launcher unique from the above list is that it has some interesting built-in features that are unique and exciting. APUS Discovery is one among them which lets you discover the best videos, apps that are popular in your location. Apart from these features, talking about the core features the APUS launcher is simple and stylish.

The developers mainly focused on enhancing the core functionality and so they sorted all the required functions handy. The launchers automatically organize all your applications into folders based on function.

The app doesn’t boast of 3D engines and effects, but it really has some beautiful skin with a professional look.

The name itself hints that the launcher belongs to the suite of apps developed by Google. G-Launcher is a simple and clean launcher that is the default launcher in stock Android. There isn’t much to talk about this launcher. But G-Launcher is for those stock Android lovers that choose to have a plain launcher with simple usage.

With Google Now Launcher, accessing Google’s personal assistant Google Now is just a swipe away. You can also get customised recommendations from Google.

Nova Launcher is one of the highly customisable Android launcher available on Google Play Store. It offers complete control over customising your home according to your choice. Whatever design you imagine Nova Launcher helps to create it. With Nova launcher, you have infinite possibilities.

Nova launcher is the choice of Android geeks and tinkers who never settles with default options. It strikes a great perfect balance between incredible performance and high customizability without getting too gimmicky and difficult to use.

Arrow Launcher is from the house of Redmond giant, Microsoft. One has to admit that after failing with Windows Phones Microsoft has delivered some of the best Android apps which are available for download on Google Play Store. Arrow launcher is one among this suite of apps which is one of the best in its segment. We at CuriousPost are really impressed with it.

C launcher offers everything that we mentioned above, but what makes it unique is that you get additional premium features at the cost of free beer. The developers of C launcher claim that the app consumes less battery, which will help you get more standby. Apart from it, the app has some smart features like hiding apps with a gesture, performance optimizers, smart notifications etc.

Zero launcher is a good fit for phones with low storage as its installation size is less. Moreover, it comes with additional features like boost, clean, security, power saving and personalization etc.

It also offers great customization options. Check out the full feature list below.

Solo Launcher is one of the Top 3 Launchers in the category on Google Play. This is the launcher that satisfies the eyes of Material design lovers as this the that is built following the Google Material design 2.0 guides. It is one of the first launchers that used Material Design 2.0. Diverse customization options with thousands of themes. One interesting feature we observed with

Diverse customization options with thousands of themes. One interesting feature we observed with the Solo launcher is that it has an option to select your photos as icons.

If you need something that’s really simple and elegant then it is better to stick with Google Now/G launcher and Solo Launcher. If you want a Launcher to enhance your productivity then install Arrow launcher. If you are a geek who loves to tweak with Android apps then Nova Launcher is the best choice for you.

If your Android device is low on RAM and storage then go with Hola and Zero Launcher. Finally, if you want to enjoy 3D effects then CM Launcher, C launcher, and APUS launcher will be helpful as they have thousands of Themes and wallpapers to customize.

If you liked this article consider hitting the Like button below!

Did we miss anything? or Isn’t your favourite Android launcher listed in the above list? Shoot out the names of your favourite launchers in the comments below.

Meanwhile, share this list with your friends and let them choose and discover the best launcher for them. We believe in Sharing is Caring! 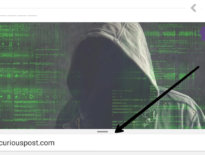 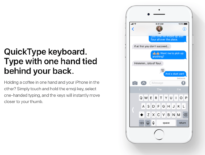 iPhone How To Turn On One Handed Keyboard in iOS 11
0
We use cookies to ensure that we give you the best experience on our website. If you continue to use this site we will assume that you are happy with it.OkRead more