Bill Gates Is Planning To Create His Own “Futuristic Smart City”

CuriousBytes: According to reports, Bill Gates, the co-founder of Microsoft has bought 25,000 acres of land in Arizona and is thinking of creating a futuristic smart city called Belmont. Check out the complete details about Bill Gates’s Smart City.

Have you ever imagined living in a city that is built from scratch and looks futuristic meeting the demands of future needs? This might soon become a reality.

Bill Gates, the Microsoft co-founder and the worlds richest person is planning to build a futuristic smart city with cutting-edge technology and world-class infrastructure.

According to Belmont Partners, a real estate investment group based in Arizona, and one of Bill Gates’ investment firms reported that it has invested $80 Million to buy a big chunk (25,000 acres) of land in Arizona to build ‘smart city’. This smart city will be called as Belmont. This land in Arizona is situated 45 minutes west of downtown Pheonix off I-10 freeway near Tonopah.

“Bill Gates is known for innovation and he has picked a ‘good spot.’ The high-tech smart city would take advantage of the proposed I-11 freeway which will pass through Belmont and connect to Las Vegas.”, said Ronald Schott, Executive Emeritus of Arizona Technology Council.

This smart city will hold nearly 80,000 residential units and 470 acres will be used for public schools. Out of all 3,600 acres of land will be used to develop commercial space.

As of now, there isn’t any official announcement made on when the development of this future city will begin.

When other tech leaders like Elon Musk and Jeff Bezos are working to colonize Mars and make it habitable, Bill Gates is planning to make this Blue Planet sustainable. Also, his works mostly reflect the idea of making this planet sustainable.

Seems like the first video game creator may soon lead us to the world of smart cities for a better future.

Here is more about the Futuristic Smart City By Bill Gates:

What do you think of Bill Gates’s new city? Do you think it is needed? Do you have any suggestions for it? tell us your opinion in the comments below. Tell your friends about this Smart city by Bill Gates, by sharing this on social media.

Bill Gates Is Planning To Create His Own “Futuristic Smart City” 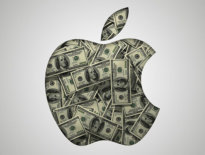 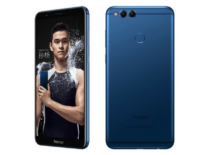 News Honor 7X To Be Launched In India Next Month
1
We use cookies to ensure that we give you the best experience on our website. If you continue to use this site we will assume that you are happy with it.OkRead more