Do You Agree With The Richard Stallman’s Opinion About “Microsoft’s Love For Linux”?

CuriousBytes: Microsoft has publicly announced its love for Linux. Earlier it embraced Linux to improve its Azure platform and later on it embedded Powershell into Windows 10. Well now the GNU OS creator Richard Stallman, has slammed Microsoft’s Windows 10 subsystem for Linux as an attempt to “extinguish” free software.

Richard Stallman, the open source activist, Speaking to the Tech Republic, said that Microsoft’s decision to build a Windows Subsystem for Linux (WSL) amounts to an attempt to extinguish free, open source software. 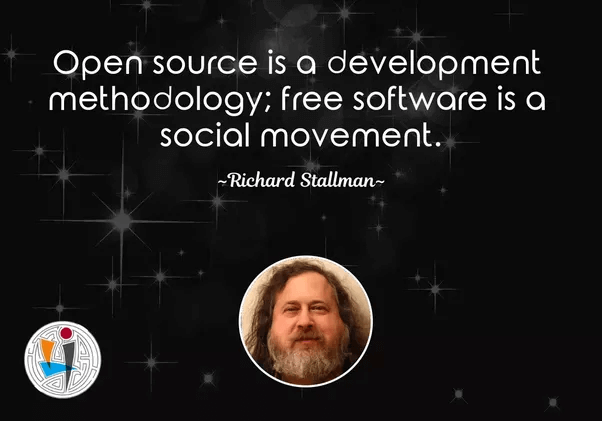 If you are not aware of what Windows subsystem for Linux mean, it is a subsystem that lets Windows 10 users run various GNU/Linux distros and software inside Microsoft’s ecosystem.

As of now, Windows operating system has lion’s share of the market which is followed by Mac OS. But the fact is that Linux usage is growing exponentially. Thanks to the most active open source community that is working to build a stable and robust FOSS products. Linux has completely wiped out Microsoft in cloud, server and Supercomputing segment. It seems like Microsoft is threatened by the Linux’s rapid growth.

Microsoft’s move to embrace Linux seems more predominantly as a move to create Microsoft’s very own walled garden to let users stick to the Windows operating system instead of switching to the other OS’s.

As mentioned earlier with Windows Subsystem for Linux(WSL), users can use Linux inside Windows, Windows users have the flexibility to choose from various options. This might  hinder the growth of the Opensource movement.

The opensource community believes this as a move similar to the act that Microsoft has earlier used to take down Netscape in the war of browsers.

Here is what Richard Stallman spoke to Tech republic about Microsoft’s Love towards Linux.

It certainly looks that way. But it won’t be so easy to extinguish us, because our reasons for using and advancing free software are not limited to practical convenience,” he said. “We want freedom. As a way to use computers in freedom, Windows is a non-starter…” Stallman remains adamant that the WSL can only help entrench the dominance of proprietary software like Windows, and undermine the use of free software. “That doesn’t advance the cause of free software, not one bit,” he says…

“The aim of the free software movement is to free users from freedom-denying proprietary programs and systems, such as Windows. Making a non-free system, such Windows or MacOS or iOS or ChromeOS or Android, more convenient is a step backward in the campaign for freedom…”

For Shuttleworth, Windows’ embrace of GNU/Linux is a net positive for open-source software as a whole. “It’s not like Microsoft is stealing our toys, it’s more that we’re sharing them with Microsoft in order to give everyone the best possible experience,” he says.

“WSL provides users who are well versed in the Windows environment with greater choice and flexibility, while also opening up a whole new potential user base for the open source platform…”

Today Shuttleworth takes Microsoft’s newfound enthusiasm for GNU/Linux at face value and says the company has a different ethos to that of the 1990s, a fresh perspective that benefits Microsoft as much as it does open-source software. “Microsoft is a different company now, with a much more balanced view of open and competitive platforms on multiple fronts,” he says. “They do a tremendous amount of engineering specifically to accommodate open platforms like Ubuntu on Azure and Hyper-V, and this work is being done in that spirit.

Naturally, Microsoft doesn’t agree with Stallman’s comments either and said in a statement:  “Microsoft aims to make Windows 10 the best development environment, regardless of the technologies that developers use, or the platforms they wish to target. Using Windows 10, developers enjoy the freedom to choose the tools that they want, need, or prefer, whether they’re commercial or free, closed or open

“Using Windows 10, developers enjoy the freedom to choose the tools that they want, need, or prefer, whether they’re commercial or free, closed or open source or any combination therein.”

Recommended:  How to Customize Folder Colors On Linux?

So what do you think of Microsoft’s Love for Linux? Is it for its own benefits or to slow down the FOSS movement. Do you agree with Stallman’s views or Shuttleworth’s opinion of taking this move as a positive outcome to expand GNU movement?

We believe in FOSS to be an independent that is in the hands of the Open Source community. Shootout your views in comments below. For more Linux updates stay in touch with us on Social Media. 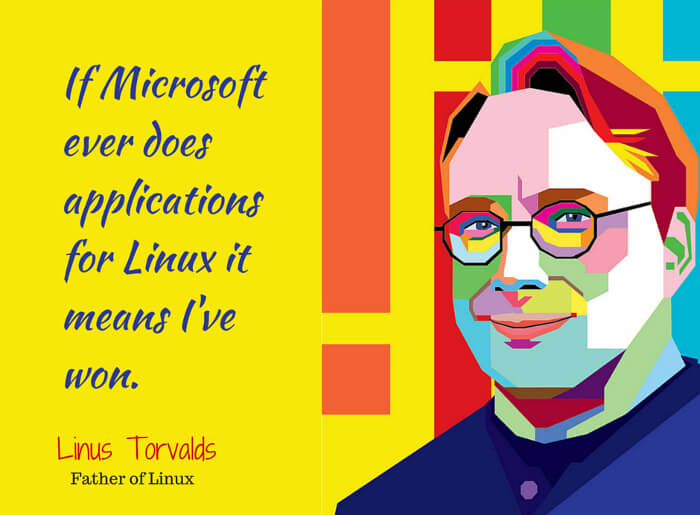 Also Read: Have You Ever Wondered How Linux is Built and Maintained?

Do You Agree With The Richard Stallman’s Opinion About “Microsoft’s Love For Linux”? 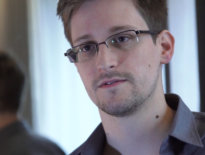