CuriousBytes: Elon Musk the CEO of SpaceX and Tesla, has revealed the first look of the SpaceX Spacesuit that is going to be used for its first crewed missions. The Spacesuit is more beautiful and looks more like what have been existed only in Sci-fi movies.

Elon Musk, the CEO of SpaceX has unveiled the first look of Spacesuit that is going to be used for the crew missions of SpaceX.

The image was shared on his Instagram account and Musk mentioned that it is a tested prototype and not a mock-up. It is a fully functional space suit and has the ability to withstand double the pressure of vaccum.

First picture of SpaceX spacesuit. More in days to follow. Worth noting that this actually works (not a mockup). Already tested to double vacuum pressure. Was incredibly hard to balance esthetics and function. Easy to do either separately.

Musk promised that he would be sharing more in the coming days. Elon Musk is known for his interaction with his followers on social media. He actively interacts with his followers and customers and he even consider the opinions of his customers to develop better products at Tesla.

Talking about the SpaceX spacesuit’s design, it doesn’t look like the traditional designs and seems to be promising and futuristic.

Musk quoted that it was really a tedious job to maintain balance between looks and functionality. Which would have been easier to do separately. It is clear that Musk is trying to amuse everyone with his beautiful spacesuit without compromising on functionality.

One question that striked in our minds is that “Where is the Oxygen and pressure supplied from as the suit appears to be flat and sleek?”

Our question might be answered in the full body shot of the future reveals by Musk or SpaceX. Till then we have to wait with our own theories of the spacesuit.

Elon Musk, The real world IronMan always aspires to build his own technologies and this is how he is able to cut down the manufacturing costs of his missions and products. Instead of choosing or redesigning the traditional spacesuits Musk is building his own.

With Elon Musk focusing on Technologies that could shape our future, we may soon hit the age where it is like the movies we used to watch in our childhood.

Have you liked the Musk’s new SpaceX Spacesuit. Tell us your views in the comments below. For more latest Technology updates like us on Facebook.

Let us know if you liked the post. That’s the only way we can improve.
Recommended:  Do You Agree With The Richard Stallman's Opinion About "Microsoft's Love For Linux"? 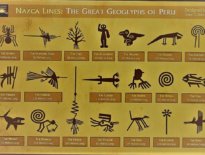 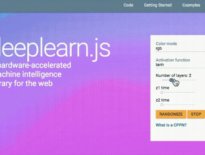