CuriousBytes: A new interesting feature is being tested on Facebook messenger which resembles a fun Snapchat feature.

Seems like the biggest social networking site, Facebook is running out of innovation and ideas as it started to copy the core features of its rivals and is integrating them into its portfolio of apps and services. With its huge user base it is slaughtering the rivals out of competition.

Streak, a Snapchat’s exclusive feature that hooks up its uses to connect with their friends regularly has now been reportedly tested on Facebook’s Messenger App for some selected users.

What is Snap Streak?

For those who are not much aware of the snapstreaks, it is a feature that encourages users to stay connected or text their friends more frequently keeping them socially engaged.

You see a ????(Fire emoji) next to your friend’s username with whom you have built up a streak by snapping them consecutively for a couple of days.

Now a similar feature has been observed with some Facebook users on its Messenger platform on Wednesday. This test feature on Messenger displays a pop-up prompting you to keep your streak going with your friend if you had a chat with them for over two consecutive days.

If you continue to engage, you then receive a ⚡ (Lightning bolt emoji )(???? in case of Snapchat) next to your friends contact. This indicates that you have got a streak with them.

Recommended:  Facebook to Add More Easter Eggs That can be Unlocked by Typing Special Words

These icons next to the contact will turn out to different emojis with respect to the days of engagement.

It’s worth noting that Facebook has taken the same name from its rival to name it’s copied feature as streak.

Even though feature looks similar to snap streak feature, Facebook is characterizing streak in a different way.

It believes that streaks will give you “fun facts” about your friends who you message on the regular basis. Where as Snapchat sees it as an important element for it’s user experience and engagement on it’s platform. However the name remained same on both.

In an official statement, a Facebook spokesperson has confirmed that Messenger is testing the streak feature with a handful of users.

Facebook has started promoting sponsored ads on it’s messenger platform as well. So now by introducing this feature into messenger it will increase the time spent by the user which further helps it to deliver more ads.

What do you think of Facebook’s copycat game? Do you think it will become the black hole of Internet? Tell us your views in the comments below.

Also Read: Unlock the hidden chess game inside Facebook Messenger : Here is how to? 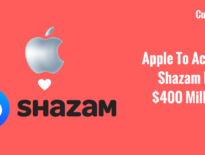 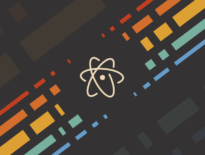