Feeling demotivated? Then this one is worth reading!

The future, they say,belongs to those who believe in the beauty of their dreams.

Yes indeed it’s true. One must belief in one’s faith. Nothing is going to stop you when you believe in you. Most people fail due to lack of belief in their work. They do give up when things get odd on them instead of defending them.

Recently I came across these short excerpts and thought of sharing with our readers. This is about how some great people, who defeated their fate and got succeeded in their life.

Ludwig van Beethoven was a German composer and pianist whose hearing began to deteriorate in his 20’s.Despite increasing deafness, Beethoven continued to conduct and perform even after losing his hearing completely. He believed in the beauty of his musical compositions in spite of not being able to hear it himself  – one of the reasons why he remains one of the most acclaimed and influential composers of all time. When Elvis Presley, an American musician, actor, was enrolled at Hume’s High School, his music teacher gave him a ‘C’ in music in eighth grade and told him he had no aptitude for singing. The next day, the teenage Presley brought in his guitar and sang in an effort to prove otherwise. By the time he graduated high school in June 1953, Presley had already chosen music as his future. Presley ,who never received formal music training or learned to read music, sold over 300 million albums during his lifetime and became world-renowned as King of Rock and Roll.

The Wright brothers, Orville and Wilbur, were two Americans who in 1903 were the first to make brief sustained and controlled powered flights in an airplane, which was designed and built by them. In December 1903, the Wright brothers took their wood and fabric biplane to the sand dunes of Kitty Hawk, North Carolina. Their historic flight-the first powered airplane flight – covered 120 feet and was air – borne for 12 seconds before landing.

The next time they built the plane they invited the press. Unfortunately, the plane failed to lift off. European Newspapers, especially in France, ridiculed them openly, and a vast majority of people, especially in Europe, continued to consider Wrights liars. The Wrights stopped flying in November 1905 and made no flights at all during the next two years. Confident of their dreams, when they resumed flying in 1908, they did not only astonish the skeptics, but taught the world to fly.

In their own way, all these people set an example of fulfilling the dreams they believed in…an example, we could all do well to follow in our own lives as well.

Tell us how you feel in comments…

Feeling demotivated? Then this one is worth reading! 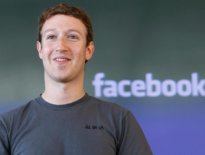 Inspiring Stories Mark Zuckerberg’s inventions before Facebook…
0
We use cookies to ensure that we give you the best experience on our website. If you continue to use this site we will assume that you are happy with it.OkRead more