After a surprise flash sale for Zenfone Max Pro M1, Asus has made a statement that now the smartphone will be available on Flipkart in an open sale, allowing users to buy the phone anytime they want. The smartphone comes in three different storage variants and but only two variants are made available for purchase initially.  The price starts from Rs. 10,999.  for 4GB RAM variant with an internal storage of 64 GB and will go up to Rs. 14,999 for 6 GB RAM, giving a competitive edge to Xiaomi’s Redmi Note 5 Pro and Oppo’sRealme 1. Before you get your hands on Max Pro M1, be sure to check out exciting Flipkart coupons.

With round-the-clock availability, Asus India claims that the smartphone has emerged to be one of the popular devices under Rs. 15,000 segment. Talking about the specifications, Zenfone Max Pro M1 features a 5.99-inch LCD display with a resolution of 2160×1080 pixels, and taller 18:9 aspect ratio, which makes it an impressive mid-budget smartphone. The smartphone is powered by the powerful Qualcomm Snapdragon 636 chipset, the same chipset that can be found on Note 5 Pro by Redmi.

Regardless of their specs, all the three models feature dual rear camera setup, but the configuration varies according to variants. Coming to the first, the 3GB and 4GB RAM variants feature a combination of 13-megapixel and 5-megapixel dual rear cameras, both with LED flash and an 8-megapixel selfie shooter at the front with a 5P lens, an 85.5-degree lens, and an aperture of f/2.0.

While the 6GB RAM variant gets an updated dual camera module with 16-megapixel and 5-megapixel image sensors and a 16-megapixel selfie camera (f/2.0). You can also take the advantage of face unlock mechanism at the front camera and at the same time, you will get a rear-mounted fingerprint sensor. And the bottom line, there is a 5,000mAh battery under the hood which supports 10w charging. The smartphone will be available in two stunning colors, namely Deepsea Black and Grey.

In terms of specifications when Asus has matched Xiaomi, its software makes it a clear winner. With this brand new device, Asus has ditched its own ZenUI in favor of stock Android experience.

In the Indian market, the smartphone has received an impressive response, though availability was an issue for interested buyers as the phone remained in out of stock for most of the period. However, with the round-the-clock availability of the Asus Zenfone Max Pro M1, Asus India has a belief that this will solve buyer’s issue to a great extent.

According to the news, Dinesh Sharma, the Director of Mobile Product, Asus India alleged a statement, “To cater to the increasing demand, our team have worked carefully to rise up the supplies of Zenfone Max Pro M1 (3/32GB and 4/64GB variants) so that customers can buy them easily at any time exclusively through the E-commerce giant, Flipkart.” 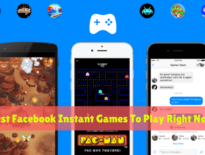 Mobile Highly Addictive Facebook and Messenger Games
0
We use cookies to ensure that we give you the best experience on our website. If you continue to use this site we will assume that you are happy with it.OkRead more