How is the speed of a computer measured?

Two important factors that determine the speed of a computer are the amount of data that the Central Processing Unit can process in a given period of time and the CPU’s clock speed. The speed at which a CPU executes instructions is called the clock rate.

The internal architecture of a CPU has as much to do with a CPU’s. Performance as the clock speed. One common architecture is parallel processing. For example while an instruction is being executed, the next instruction can be fetched from memory and decoded.

Instruction prefetching is another idea where the CPU fetches the next instruction beforehand and places it in a queue for the execution unit to use the same.

The overall speed of a computer is also affected by the speed and size of the instruction/data bus. The instruction/data bus is the pathway for data communications between the computer ’s CPU and the various components in the computer. The computer’s bus has a certain size of or width called the data path which is measured in bits and the speed of the bus is measured in MHz. the larger the bus width and/or the faster the bus speed, the more data that can travel on it in a given amount of time.

Another factor affecting the speed is the size of the primary memory and cache. Increasing the size of the primary will speed up the performance if you run several applications at the same time or work with large files and documents. Cache is a small amount (normally less than 1 MegaByte) of high –speed memory residing on or close to the CPU. Cache memory supplies the CPU with the most frequently requested data and instructions.

Finally, effective interfacing of Input-Output devices to the CPU also increases the speed. System today use direct memory access (DMA) hardware. Where in I/O device acts as a master and transfers large number of data to/from memory without intervention by the CPU.

Recommended:  What to Look at when Searching for a New Home?

Also Read : list of top 5 super computers in the world and their speeds.

And now you know how your CPU speed is measured and calculated, let your friends know of it, by sharing.

For more interesting stories keep visiting us. Also like us Here.

How is the speed of a computer measured? 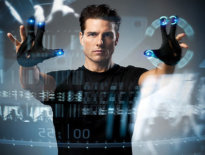 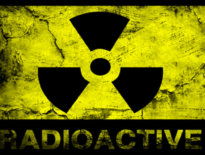