Mark Elliot Zuckerberg, the man behind the Facebook, as well as one of the world’s youngest billionaires.

Everyone know about Facebook. And Mark Zuckerberg started it.

Mark, before creating Facebook, had created many software applications.

Mark was a computer nerd right from his childhood.He started designing things since he is 11.

Mark’s father – Edward Zuckerberg – was a dentist, who ran his clinic from the first floor of their home. The family members moved up and down the stairs to help his father. In order to get rid off this, Mark came up with idea of Zucknet, which allowed anyone to login from any computer in the house and send a message.

His father used the program in his dental office, so that the receptionist could inform him of a new patient without yelling across the room. The family also used Zucknet to communicate within the house and is exclusive to Mark’s family.

Did you know that – Zucknet is considered a “primitive” version of AOL‘s Instant Messenger, which came out the following year – And Mark did that at the age 11.

In his high school mark wrote a computer program that would suggest songs to the user based on his listening habits and music interests. The program used machine learning to perform this.

When he was discussing something with his friends, his computer suddenly stopped playing songs in the playlist.

Playlist is nothing but a list of song(s) categorized by you. Mark hated this system. He wanted to change the system in how playlists were created. His new concept is simple, the software learn the listener’s interest and recommend songs according to their taste.

He decided to create a software, which works on this system and also decided to submit this software as his school project.

The result is synapse media player, which is rated with 3 on 5 by PC Magazine back in 2000.

Both Microsoft and AOL approached him for buying the software with a huge amount of money and also a job, but he turned down the offer and uploaded it for free and enrolled in Harvard to continue with his studies.

At the beginning of the sophomore year, Mark developed Course Match.

Course Match was an application created for Harvard students in the fall of 2003. The program allowed students to determine which classes they wanted to take by informing them of who has already signed up for a particular class. Users could also see a list of the classes that an individual was taking.

Facemash, the Facebook’s predecessor, opened on October 28, 2003. Initially, the website was invented by Mark Zuckerberg, and three of his classmates – Andrew McCollum, Chris Hughes and Dustin Moskovitz.

Zuckerberg wrote the software for the Facemash website when he was in his second year of college. The website was set up as a type of “hot or not” game for Harvard students. The website allowed visitors to compare two student pictures side-by-side and let them choose who was “hot” and who was “not”.

The program became wildly popular, but was later shut down by the Harvard administration after it was deemed inappropriate,As it used students pictures without prior permission.

FaceMash also landed Mark into troubles. He was brought before the administrative board and was charged with violation of Internet Privacy Rules and reach of computer security.

Thinking of the over whelming response from Facemash, Mark created The Facebook, which is now the Social Networking giant.

Had something to say,Tell us in comments about your teenage inventions.

Keep in touch with Curious Post, for more such interesting updates. 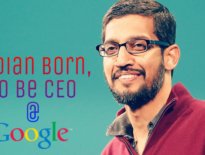 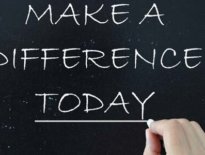 Inspiring Stories Feeling demotivated? Then this one is worth readin…
2
We use cookies to ensure that we give you the best experience on our website. If you continue to use this site we will assume that you are happy with it.OkRead more