Here is the Official Release Date Of Ubuntu 17.04 ‘Zesty Zapus’.

Are you in the list of Ubuntu fans eagerly waiting to taste the next version of the popular Linux OS, Ubuntu, then here is something exciting for your taste buds.

Codenamed ‘Zesty Zapus’, Ubuntu 17.04 is the next short-term support release of the world’s most popular open-source operating system. Ubuntu 17.04, Zesty Zapus is named after a jumping mouse found in the North American region.

Canonical announced the official release date of Zesty Zapus as April 13. So Calendar the date to get your hands on the latest release as soon as it gets parked into the Ubuntu family.

Key dates during the Ubuntu 17.04 milestone are as follows, as listed in the official Ubuntu 17.04 release schedule:

Canonical stated that the Zesty Zapus will be supported for 9 months, which includes app updates, bug fixes and security patches.

Also Read: How to run Linux on Windows machine.

Can’t wait till April 16, then you can experience Ubuntu 17.04 before its official release. Live daily builds of the 17.04 update are already available to download. Try these lively builds at your own risk as they are potentially buggy and are unstable. If not then wait till March 23 to try final beta release. You can install these lively builds onto you secondary partitions or create a virtual machine.

If you are a hard core fan and wants to try it out before everyone then click on the below button to download the lively build desktop images.

Well this new version comes with a question that “What Comes Next after Zesty Zapus?“, as it put an end to the Ubuntu naming series, being the letter Z.

Tell us how crazy are you about the Little Jumping Mouse i.e Zesty Zapus, in the comments section below. Also follow us on our Facebook page to stay in touch with the latest Open Source News.

Here is the Official Release Date Of Ubuntu 17.04 ‘Zesty Zapus’. 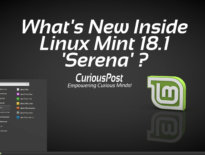 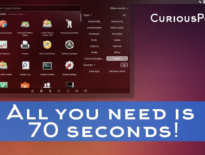