ubik’sR cube is one of the greatest invention that puzzled many human Brains. Solving a cube will really make you an intelligent being among your buddies. Well, How much time do you take to solve a Rubik’s Cube? May be a couple of minutes or might be a couple hours.

But the story here is really different, a super smart robot has setup a new world by solving the Rubik’s Cube in just 0.637 seconds. That’s just less than a blink of eye.

Do you have any guess did this Robot used to wrap it up in 0.637 seconds. It took only 21 moves to arrange the cube. Wondering How this happened?

This happened at an event organised by semiconductor manufacturer Infineon Technologies and took place at the electronica trade fair in Munich, Germany at the end of 2016.

After carefully verifying that the distorted cube met the requirements of the World Cube Association and other things, the Guinness World Records has confirmed that the Sub1 Reloaded is eligible for owning the title of world’s fastest Rubik’s Cube solving machine. While the world record for solving a Rubik’s cube by a human is 4.73 seconds by an Australian boy, Feliks Zemdegs. How does it work?

The computer receives two pictures of the cube, identifies the color of each piece and calculates a solution with Tom Rokicki’s extremely fast implementation of Herbert Kociemba’s Two Phase Algorithm. The solution is then handed over to an Arduino-compatible Infineon AURIX™ microcontroller board which orchestrates the 21 moves of six high performance steppers, to turn each side of the cube.

So you think you can beat it? You must try really hard. Meanwhile you can share your best time lapses you’ve taken to solve Rubik’s Cube.

Recommended:  Google to enter the Messaging arena with its new intelligent App.

Also read: For Sale: Nearly 1 Million Gmail And Yahoo Accounts Details Are Being Sold On Dark Web By Hackers For 25$. 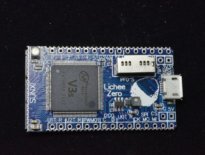 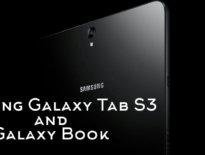 Gadget Guide Samsung Announces Galaxy Tab S3 and Galaxy Book, t…
0
We use cookies to ensure that we give you the best experience on our website. If you continue to use this site we will assume that you are happy with it.OkRead more