It seems like Samsung might have thought that Mobile World Congress 2017 is not the right platform for announcing its next flagship smart phone Galaxy S8. After the disastrous failure of Note-7, Samsung is working hard to gain users faith and market share. It revamped its manufacturing line to deliver safe and high quality products.

Well Samsung had entered the race at Mobile World Congress 2017 with the announcement of two new products. The Korean giant made its bet on premium tablets to fight with the Cupertino giant Apple in the tablet segment.

Here is everything you need to know about Galaxy Tab S3 and Galaxy Book. With Galaxy Tab S3, Samsung is looking back to dominate the tablet market. Which is currently ruled by Apple’s iPad products.

Talking about Design, the new Galaxy Tab S3 is only 6 millimeters in thickness.
It is crafted using metal and glass design , which greatly attracts fingerprints. The hardware has been greatly improved. It features a Super AMOLED display with 2048*1536 pixel resolution. The screen is HDR ready and gives you rich viewing experience. It is powered by Qualcomm Snapdragon 820 processor. It includes 4GB of RAM and 32GB of internal memory (a bit low). You can expand it to 256GB via Micro SD. To feed the Super AMOLED display, this tab is having 6000 mAH battery with Samsung’s Fast charging support via its USB type-C port. To draw the attention of both professional users and designers, these new features are improved and implemented. They are for sure will provide better input experience, combined with Air Command and screen-off memo features. The detachable keyboard is sold separately and worth for bucks for professional users.

The pricing has not yet revealed, but if you want to have decent Android tablet then its worth to choose Galaxy Tab S3, when compared to highly priced Apple products. The other tablet is Samsung Galaxy Book, which seems to be a major competitor to Microsoft’s Surface line of products.

It is powered by Windows 10 and comes in two sizes. 10.6 inch and 12 inch , LCD and AMOLED displays respectively.

The design of Galaxy Book is not as sleek as Galaxy Tab S3. The 10.6 inch model comes with a configuration of 2.6 GHz Intel Core M3, dual core processer, 4GB of RAM and 64GB or 128GB of internal storage. While the other has 3.1 GHz Intel core i5 dual core processor, 4GB of RAM boosted by 128GB SSD storage or 8GB of RAM with 256GB storage.

Recommended:  Top-5 Super Computers in the world. Hope their performance will definitely surprise you.

The former has only 5MP front camera, while the later has 13MP rare and 5MP front facing cameras.

The other features include Wi-Fi direct, Bluetooth, LTE and Quick charging. You can expand memory up to 256GB via external SD card slots.

The noticeable features in Galaxy Book is support of S-Pen and introduction of Samsung Flow feature which lets you unlock it using your Samsung phones fingerprint scanner.

It’s huge size is not comfortable to take photos and videos, but is quite good for productivity. Do you think that these two products will make Samsung stand ahead of its rivals Apple and Microsoft, let us know your opinions in the comments section below. 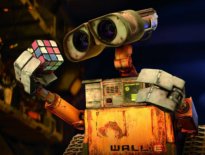 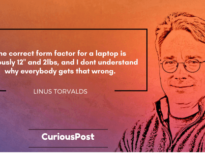 Gadget Guide Do You Know Which Laptop Does Linus Torvalds Use T…
0
We use cookies to ensure that we give you the best experience on our website. If you continue to use this site we will assume that you are happy with it.OkRead more