Technology that will re-innovate your life in 2016. The year 2015 is just about to get over. It has witnessed a variety of gadgets hitting the market. Also we have seen an unprecedented rise in Technology and Entertainment industry. It also laid foundations for many smart technologies that are going to hit shores in 2016.

And now we are entering 2016, which can make the science fiction as science fact. Yes, 2016 is really going to be a big time to let hands on many smart and innovative Technologies and products.

Here are our best picks for what’s coming and how you can play with them.

2016 is going to make Virtual reality a real. This is going to grab the heat with the announcement that the Oculus Rift will soon be available for pre-orders, within the first quarter of 2016.

Also Microsoft is working hard to make Augmented Reality (a combined view of virtual and real worlds) a reality, with its HoloLens.

Watch the video below to know how both Oculus and HoloLens can transform the reality:


Well these two technologies can make the year, 2016 a virtual world.

Everyday objects such as clothes and furniture can be transformed into interactive surfaces. This is possible with the new conductive yarns that can be oven on any industrial loom. Using conductive yarns, bespoke touch and gesture-sensitive areas can be woven at precise locations, anywhere on the textile.

Recommended:  Is JavaScript the future of Programming?

Want to know how These yarns are integrated into textiles, watch below:

Alternatively, sensor grids can be woven throughout the textile, creating large, interactive surfaces. Project Jacquard will allow designers and developers to build connected, touch-sensitive textiles into their own products.

Touted as one of the most versatile 3D pens on the market. It’s a 3D printing pen, precision solder, burner and cutter. Everything packed into sleek and smart tool.

It has extensions that let you paint in 3D, solder electronics, create art on wood and leather using heat techniques and finally you can even cut foam easily with it.

The best part of this is you can control it with the help of your Smartphone.

Here is a video on how actually you can use this tool:

With this you can Be the ultimate creator.

The latest creation from Aldebaran, Pepper is the first humanoid robot designed to live with humans. Pepper is a social robot able to converse with you, recognize and react to your emotions, move and live autonomously. It’s an emotional, interactive and true companion. Pepper can even translate what state you are in using his knowledge of universal emotions (joy, surprise, anger, doubt and sadness) and his ability to analyze your facial expression, body language and the words you use.

With its intelligence Pepper wants to be with us at our Home in 2016.

Catch Pepper in Action at an Interview:

Project Soli is using radar to enable new types of touch less interactions — one where the human hand becomes a natural, intuitive interface for our devices. The Soli sensor can track sub-millimeter motions at high speed and accuracy.

It fits onto a chip, can be produced at scale, and can be used inside even small wearable devices.

With Project Soli, Google wants to take the Man-Machine interactions to the next level.

Here is a video on project Soli, by the engineers at Google:


Both Project Soli and Project Jacquard are from the house of Google’s ATAP team. Want to add something, tell us in comments. Don’t forget to share this because sharing is caring

Technology that will re-innovate your life in 2016. 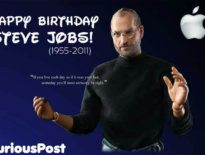 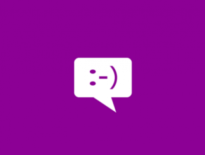 Technology Google to enter the Messaging arena with its new i…
0
We use cookies to ensure that we give you the best experience on our website. If you continue to use this site we will assume that you are happy with it.OkRead more