There is a way to escape away from black hole: Stephen Hawking. In a recent public lecture held at Stockholm, Sweden, Hawking said that there will be a way to escape from black hole.

A Black hole is formed when a star collapses itself due to gravity. Due to the heavy gravitational force in it even the light entered into it cannot escape. There is a huge argument among physicists about the physical state of the objects that enter into it. Quantum mechanics says it cannot be destroyed but general relativity theory contradicts it.

There can be a possible way to get out of black hole. He proposed that the information entered into the black hole will not go into it exactly, rather stored on it’s boundary called Event Horizon.

Event Horizon is nothing but the sphere around the black hole, where the information entered inside cannot escape from it. Any event that occurs just inside event horizon cannot be observed by the observer outside. In non-rotating black holes it is almost spherical.

The information entering into black hole will undergo super translations which are hologram of the information that is expected to be last.

In 1970’s Hawking proposed the concept of Hawking Radiation, photons emitted by black holes due to quantum fluctuations. Initially he said that the radiation don’t carry any information but later modified that information could possibly get out. It is one of the primary theoretical proposals about how gravity is converted to other forms of energy which laid path to further theories about QUANTUM GRAVITY.

According to his new theory, Hawking radiation can pick the information residing on the event horizon but in a useless form. Information inside the black hole cannot be collected.

More details on this will be published in a paper next month.

Let us know if you liked the post. That’s the only way we can improve.
Recommended:  7 Things You Didn’t Know About 3D Printing

There is a way to escape away from black hole: Stephen Hawking. 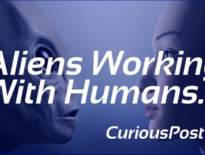 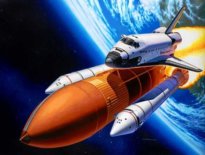 Space Microwaves to power future space shuttles.
1
We use cookies to ensure that we give you the best experience on our website. If you continue to use this site we will assume that you are happy with it.OkRead more