The Unrevealed conspiracy: Alien working with human scientists at Area 51.

Yes, what you heard is true! If we go back to history, several decades ago some mysterious creatures with an unfamiliar appearance were detected at a far away aeronautical distance in space.

With this the scientists have concluded that life exists on other planets too. After that, through decades with technological advancements many traces were discovered as a sign of the so-called “Aliens” had their visit on to the earth.

But this particular news is quite interesting, where there are certain conspiracy agencies that have taken the “whistle blower testimonies” who perform the reverse engineering research work at several underground “alien-government ” facilities across the country.

According to some trusted sources, there have been proofs revealing that government is covering up the truth of working with extra terrestrial races and having access to exotic alien technology. Many whistle blowers claimed to have worked as government scientists and engineering contractors at several underground research facilities such as top secret Area 51 military base in Nevada desert.

It is believed that an alien’s machine has crashed at certain sites like Roswell Crash site in 1947. From there the burned alien corpses as well as the survivors were captured.

They were taken to the Area 51, where they were forced to help the government scientists and engineers to  ‘reverse engineer’ the propulsion technology of their Exotic craft(the Alien machine).

According to Bill UHouse , who passed away in 2009, he worked as mechanical engineer at Area 51 with a grey alien known as “J-Rod”. According to him, he communicated with “J-Rod” by using a grey alien technology adapted for use with humans. This technology allowed human scientists to communicate with grey aliens via telepathy aided by sophisticated translator software.

Recommended:  What Is Tidal Energy and How is Tidal Power Harnessed?

UHouse also mentioned that J-Rod showed, humans at the facility, how to control and fly the Alien UFO.

With all these testimonies, we can conclude with a surprising fact that, “There are extra terrestrial races or civilizations that are scientifically and technologically a step, Infact! many steps forward from the human developed technology on earth”.

Who knows! There might come a day where the future generation kids have alien friends rather than human friends. There is also a possibility that the human race is controlled by Alien Civilization. Sarcastic! But can’t defy!

Here is an interview with the Grey Alien JRod.

Do you believe in this. Tell us what you think about this Alien Stuff. For more such exciting articles keep visiting CuriousPost.

The Unrevealed conspiracy: Alien working with human scientists at Area 51. 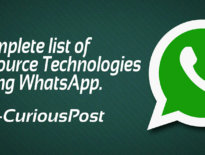 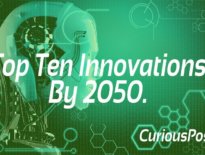 Technology Predictions of Top Ten Innovations By 2050
1
We use cookies to ensure that we give you the best experience on our website. If you continue to use this site we will assume that you are happy with it.OkRead more