What Is Tidal Energy and How is Tidal Power Harnessed?

Rising and falling tides have been used as the principle for harnessing tidal energy. Tides are caused by the gravitational attraction of the moon and the sun acting upon the oceans. The relative motions of these bodies cause the surface of the oceans to be raised and lowered periodically, according to some interacting cycles.

How are Tides Caused?

The moon’s gravitational force is the primary influence in creating tidal bulges on the earth. This force of attraction causes the oceans, to bulge along an axis. It produces two types of tides, high and low. As the moon rotates around Earth, tidal bulges occur.

The bulge is a massive wave beneath the moon that moves across the earth. On the opposite side of the earth, there is a second bulge. These bulges are high tides. Between each high tide, there is a low tide. Usually two high and two low tides occur each 24 hours and 50 minutes because that is how long it takes the moon to rotate around the earth. Certain coastal regions experience higher tides than others. The high tides are a result of the amplification of waves caused by local geographical features such a bays and inlets.

How Is Tidal Energy used?

In order to produce some adequate amounts of power (electricity), a small difference between the high and low tides of at least say five meters is required. Tidal changes in sea level can be caused to generate electricity, by building a dam across a coastal bay or estuary with significant differences between low and high tides.

Therefore, the best tidal sites are those where a bay has a narrow opening, thus reducing the length of the dam that is required. The high tides allow immense amounts of water to rush into the Gulf.The gates of the dam then shut when the water level is at its maximum height. At certain points along the dam, gates, and turbines are installed when there is an adequate difference in the elevation of the water on the difference sides on the barrage; the gates are opened and let water (at great speed and pressure) to rush past turbines.

The flow of water generates enough power to turn the turbines, which creates electricity. The entire process repeats with each high tide. The amount of energy obtainable from a tidal energy scheme varies with location and time.

Output changes as the tide ebb and flood each day. Hence the tidal power stations can only produce ten hours of power in a day of twenty-four hours.

Advantages of tidal power are many as water in a freely renewable source and not -polluting. The drawback is that these schemes affect the habitat of birds and fish because they alter the tidal currents. Technological development and economic feasibility are other concerns. The main potential sites for tidal power generation are coastal areas and places where high water currents are observed.

Here is a short video that lets you visualize How Tidal Power can be harnessed:

Now you got an idea on how tidal power is generated. We hope you could make use of these renewable resources to address the planet’s future energy needs. Share your thoughts with us and if you want us to add more feel free to reach us through comments. share this articles with the ones you care.

What Is Tidal Energy and How is Tidal Power Harnessed? 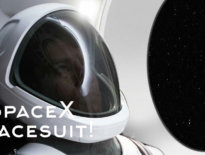 Science Don’t miss out the Harvest Moon, the final E…
0