Holding Enter for 70 Seconds Will Let You Take Down a Linux System, Here Is How to Fix It.

Linux is touted to be the best when it comes to security. The Open Source powered Kernel is often facing some vulnerabilities due to minor bugs and flaws in its design. These flaws are letting hackers to gain access to Linux shell and take control over the system.

Recently a Linux flaw has been disclosed at DeepSec 2016 conference, by Hector Marco & Ismael Ripoll of Cyber security group. The cause for this vulnerability is due to a flaw in the implementation of Cryptsetup utility, used for encrypting hard drives via Linux Unified Key Setup (LUKS).

Using this flaw an attacker can gain access to Linux root shell by holding down the enter key for 70 seconds or entering blank password for 93 times. Cryptsetup file is affected by a design error that allows one to retry passwords various times.

This vulnerability is specially serious in environments like libraries, ATMs, airport machines, labs, etc, where the whole boot process is protect (password in BIOS and GRUB) and we only have a keyboard or/and a mouse. Also this flaw can be exploited remotely letting hackers to take down Cloud-based services.

This flaw is found to be affecting most of the popular Linux distros like Ubuntu, fedora and Debian.

Recommended:  Google Paid $112,500 To a Security Engineer For Finding an Android Bug

Suggested Read: What is SQL Injection and How To Prevent It?

How To Fix It?

As this flaw is due to encryption with LUKS, you need to check if your partitions are encrypted using LUKS. To do this, run the following command:

When you this command you will be shown with the names of encrypted partitions. If you don’t see any partition in the list, you’re safe. If not then you are vulnerable to this flaw. In order to fix you need look up for a patch from your Linux distro support team.  if you don’t find one, then you need get your hands on and fix it manually. This can be done by adding the following lines of code to your boot configuration:

Want to know more about the flaw, here is the Full Report from the Security Researchers.

Voice out your opinions in the comments below, your opinions do matters. Meanwhile don’t forget to like us o Facebook to get such updates directly on to your NewsFeed. We need your support.

Holding Enter for 70 Seconds Will Let You Take Down a Linux System, Here Is How to Fix It. 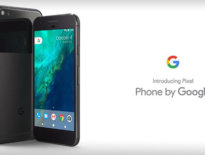 Security Google Claims Pixel to be the Android with iOS Sec… 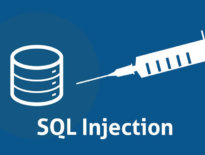 Security What is SQL Injection and How To Prevent It?
0