Google has recently added two new apps to its catalogue of Google made apps. One being Google Allo, a smart messaging app that helps you say more and do more, and let’s you to express yourself better with stickers, doodles, and HUGE emojis & text. Allo brings you the Google Assistant, preview edition. While the second being the Google Trips.

Google Trips makes exploring the world easier by organizing your essential info in one place and making it available even offline. It efficiently manages one of the most tiresome aspects of going out on vacations.

The hero of this article is Google Trips, which uses an algorithm that’s 280 years old. You might be surprised on hearing this. In a world that’s built on billions of lines of code to achieve smartness, a 280 year old algorithm would definitely amaze a person.

To notify you it’s the programming languages that grow old and not the Algorithms, which are outcomes of great research and logical calculations. Sometimes these algorithms come in hand to solve the modern day problems, just like in this case. Euler proposed the concept of Geometriam Situs (Geometry of Place), now known as the Graph Theory. Google researchers have used Euler’s paper as the basis to come up with solutions to problems more complex than visiting the bridges. They had finally come up with making several iterations to help you find efficient routes so that you don’t end up visiting a museum when it’s closed.

To know more about the algorithm you can read the Google Blog post.

Google Trips is available for both Android and iOS.

Tell us in comments if you are going to find out any such Algorithms. 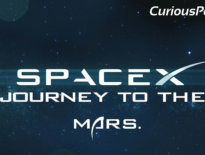 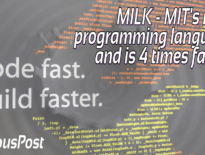