The biggest trouble we are facing now is Hacking. You might have come across various news regarding the hacking of social media accounts of celebrities. Every social network we use is vulnerable. The recent hack of Facebook founder Mark Zuckerberg’s Instagram account is just one instance to prove how weak the security is.

To prevent hacking initially we opted for passwords but they failed to provide security and then fingerprint recognition came into picture, and it even lost to hackers.

Next generation security involved your camera to find if you are really youfingerprint recognition. But a pretty good image of you is hardly enough to fool it. So we opted for “alive or not” it meant to even check whether there is movement in the persons face or not. But the clever hackers had bypassed it using 3-D technology to create the live 3-D face mask, but they noticed that it was costing more and so they gave up this idea and started working for the new one. And they focused on your social media photos.

Just go ahead and read how your social media photos can really help hackers.

Initially they would look out for two three pics featuring your front and side views from your Facebook, Twitter or any other social media account and they own you. Here is how the actual thing works :

Recommended:  What is SQL Injection and How To Prevent It?

Then they finally create a 3D model and  fool the system digitally. The results were very good enough to fool the system and its 97.5% accurate where as the real accuracy is 98%. That’s too close

The entire thing was done by the team at University of North Carolina (Chapel Hill).

So next time when you post your photos in social media just make sure you are secure.

Do you think you are safe in this connected world? Tell us your opinion in the comments below. 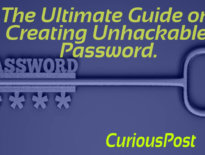 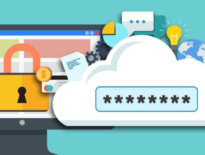