CuriousBytes: The recent documents published by Edward Snowden, the American whistleblower has revealed that US secret agency NSA had specific information on two top secret Indian missile programs. What do the documents reveal? and What are those two Indian secret missile programs? Check out the full article to know more!

According to the documents from the Edward Snowden’s aggregation, The US may have gained information regarding India’s secret nuclear-capable missile projects back in 2005.

According to the document that was published The Intercept on September 14, An NSA site in Australia (named RAINFALL) had geolocated signals of a suspected Indian nuclear weapons storage facility, said the article. Later on, then another site based in Thailand and Unidentified Signal and Protocol Analysis Branch at NSA collaboratively isolated these signals to find that it was related to Indian nuclear weapons.

The further analysis of these inputs had eventually led to the discovery that India was working on Sagarika and Dhanush. The article also mentions about a pilotless target aircraft project and two unidentified bombs.

Sagarika is a Submarine-Launched Ballistic Missile (SLBM) and Dhanush is a sea-launched Short-Range Ballistic Missile (SRBM). Sagarika has a range of 700 km. It can carry a payload of 500 kg. It is a hybrid missile that can be launched underwater and can be fired from land. It was successfully test-fired in 2008, three years after which NSA has got its eye on it. While Dhanush has a range of 350 km and was test fired lately in 2016, 11 years after NSA acquired information about it.

Recommended:  Hackers Can Use Siri, Alexa and Google Now To Take Control Of Your Devices Remotely.

These documents were provided by Snowden first, a US contractor who flee the US to Hong Kong in 2013, informing the world about NSA’s global surveillance program. The document was first uploaded on NSA’s core Signal Intelligence Directorate website, SIDtoday. And TheIntercept published them in its Snowden’s Trove.

So what do you think of NSA spying on various personal secret missions of countries across the world? Tell us your opinion in the comments below.

For latest quick updates from Edward Snowden’s Trove keep following us on our Social Media profiles  Facebook, Twitter, and Google+. Don’t forget to share this article with your followers. 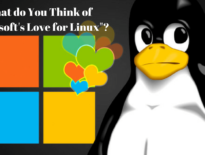 Linux Do You Agree With The Richard Stallman’s Opi… 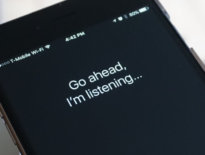 News Hackers Can Use Siri, Alexa and Google Now To Take…
0
We use cookies to ensure that we give you the best experience on our website. If you continue to use this site we will assume that you are happy with it.OkRead more