buntuU fans across the globe are waiting to boot their machines with latest version of Ubuntu 17.04, which is code named as Zesty Zapus.

Canonical announced the release date of Ubuntu Zesty Zapus and it is less than a month left for the latest version of Ubuntu to hit the Linux community.

Canonical chooses different names and Mascots for the latest versions of Ubuntu. Ubuntu 17.04 Zesty Zapus, is named after a jumping mouse from North America.

Well the latest update regarding the development of Zesty Zapus is that Canonical revealed the official Mascot of Ubuntu 17.04 version. While the previous version Yakkety Yak had the logo of a folded Yak.

Any guess how it would be? Well, it resembles the origami artwork of a little mouse. The design team had carefully crafted the logo of Ubuntu 17.04, to reflect the code name Zesty Zapus.

This logo was revealed in a commit to the Ubiquity installer package in 17.04. Similar to other mascots this logo is going to be featured in latest version of Ubuntu.

Interesting read: Here is the First Line of Code Written by Linus Torvalds, the Man Behind Linux.

You can go through this article to learn more about release schedule and the download details of Ubuntu 17.04 lively builds. You can try the latest version of Ubuntu before the release of stable version. These lively builds are unstable.

Recommended:  Turn Your Linux Terminal Into A Hacker Screen In Hollywood?

How well do you like the new logo of Zesty Zapus? Has the little mouse impressed you? Tell us your opinions on this Mascot through comments below. 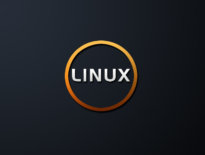 Linux Linux 4.11 Release Candidate has been announced by… 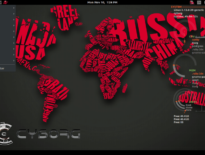