It is evident that Artificial Intelligence and Quantum Computing will be the next big leap of human civilization. The world technology leaders and scientists have already focused their minds to make these technologies safe, secure and affordable.

Google has already made a good progress with its D-Wave 2X quantum computing machine which is 100 Million times faster than your laptop. Facebook is also secretly working on AI at its FAIR lab. Well, that’s in the perspective of business.

But today another step towards quantum communication has been laid by scientists at Austrian and Chinese Academics of sciences. They have successfully conducted first intercontinental Quantum video call.

In a live experiment, the presidents of the two academies, Chunli Bai and Anton Zeilinger has tested the Quantum encrypted communication. They used Chinese Quantum satellite Micius to transmit the Quantum Encryption Key.

Micius, is a Quantum Satellite that orbits Earth at a distance of 500 Kilometers. From orbit it sends out light particles, so-called photons, to ground stations in China and Europe, including the Satellite Laser Ranging Station used by the Austrian Academy of Sciences’ Institute for Space Research in Graz.

As of now we are using encrypted technologies for communication, but these technologies and methods can often be exploited and can be decrypted by professional hackers.

But with this new Quantum Technology, if a hacker tries to intercept the communication channel, the information becomes useless and it also exposes the hacker. This is because Quantum technologies rely on entangled light particles to process and transmit information.

The first inter-continental quantum call possible is an international collaboration of researchers at the Chinese Academy of Sciences, the Austrian Academy of Sciences and the University of Vienna in the teams of quantum physicists Jian-Wei Pan and Anton Zeilinger.

Recommended:  The Top 10 Tech Destinations To Visit This Year

“The exchange of quantum encrypted information over inter-continental distances confirms the potential of quantum communication technologies as opened up by fundamental research”, says Anton Zeilinger. He is convinced: “This is a very important step towards a world-wide and secure quantum internet.”

September 29 2017, marks the first ever quantum cryptographically secured video call between Vienna and Beijing seperated by two continents. Surely, this will mark the beginning of new era of Quantum Communication. Well the success of any technology depends on designing it in a way that’s affordable and inexpensive.

Do you think it as a big step towards future communication?. Tell us your views about this Quantum Communication in the comments below.

Stay updated with latest science news and technology updates by following us on  Facebook, Twitter, and Google+. 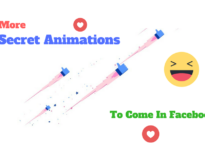 News Facebook to Add More Easter Eggs That can be Unloc… 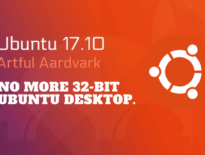 Linux Canonical To Kill 32-bit Desktop Images From Ubunt…
0
We use cookies to ensure that we give you the best experience on our website. If you continue to use this site we will assume that you are happy with it.OkRead more