Honor 7X To Be Launched In India Next Month

CuriousBytes: Huawei to launch the latest Honor 7X smartphone in India at an unbeatable price.

Honor 7X, the latest addition to the Honor X smartphone series was announced a few weeks ago in China and is now set to release in India in December. In an interview with IANS, the brands Global President George Zhao said that the company will announce the AI-powered Honor 7X at an unbeatable price in India.

“We will launch Honor 7X in December at such a price that it will have no competitor in that segment,” Zhao said while unveiling the smartphone maker’s roadmap for the Indian market to a group of journalists in Chengdu, China over the weekend.

In addition to comments about pricing strategy, Zhao was reported as saying that Honor needs to up its promotional strategies to get on top of the Indian market. “We have the capability to out-compete other dominating players in the Indian smartphone market in terms of quality, but our marketing efforts need to improve,” Zhao said.

With its smart pricing strategy Honor is trying to become the leader in the country’s smartphone market. To push the sales the Huawei owned brand is releasing powerful handsets at low costs. Honor devices were hugely received by the India smartphone users and are one of the best selling smartphones in India.

Also, Honor devices have been gaining popularity in Europe as well as in the US thanks to being budget-friendly and offering a great design.

With this latest smartphone, Huawei has also joined the 18:9 Display Smartphone club. The company has already launched the Honor 7X in China a few weeks ago.

Recommended:  Is GST Truly One Nation One Tax?

The Honor 7X runs on Android 7.0 Nougat out of the box with the latest EMUI 5.1 custom skin laid on top. It might receive Android Oreo update in the near future.

Huawei has followed the latest trend of Dual cameras and has equipped Honor 7X with a duo of 16-megapixel and 2-megapixel rear cameras, and an 8-megapixel front-facing camera for selfies.

The Honor 7X comes in 3 colour variants, Aurora Blue, Midnight Black, and Platinum Gold with a premium metal body design. To power the device it is fitted with a 3340 mAh battery.

Currently, the Indian smartphone segment is mostly dominated by the Chinese players like Xiaomi, Oppo and Vivo. Huawei is behind these players and is trying to gain the top spot within three years.

Do you think that the Honor 7X will boost the sales of the Huawei and make tp smartphone brand in India and World? Tell us your opinion in the comments below.

Also read: How Would You Sell an iPhone to an Android User?

Honor 7X To Be Launched In India Next Month 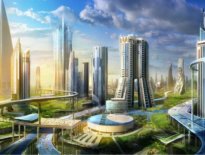 News Bill Gates Is Planning To Create His Own “Fu… 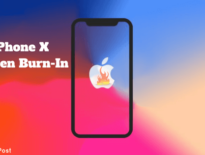